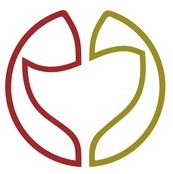 February 2012, was a cool Friday night in our first apartment in downtown Calgary, we were eating pizza and researching how to prevent another episode happening…

You see, Vlad (My husband) was recently diagnosed in September 2011 and the episode was so scary we didn’t know what was going on. He lost feeling on his whole left side of the body, his right side was confusing cold temperature as pain, he couldn’t walk, his spine and brain were being attacked. Our family doctor called the hospital to have us rushed over, where Vlad underwent many medical exams to find out what was going on. I was freaking out, and remember thinking, was it a stroke? Was he going to die? Will this effect him forever? What is this?

The doctors at Rocky View were really great and told us it was a Multiple Sclerosis episode and that the myelin sheath which protects the nervous system in the brain and spine were being attacked by his immune system. This means that he could deteriorate over time and loose more body functions... Imagine the loss of your physical abilities like walking to the store, eating at a restaurant, holding a baby, or even going to the washroom, all the while you are aware of the losses. These are all things that we take for granted.

He will forever have scaring on his brain and spine, but since then we are lucky to have had only a few more episodes. Hopefully it doesn’t return, because right now there is no cure. There are only preventative measures for potential future attacks. We are the lucky ones.

Canada has the highest rate of MS in the world. Every day three more Canadians are diagnosed with multiple sclerosis, an unpredictable illness that affects vision, balance, memory and mobility. We don’t know what causes MS and like I stated previously there is no cure.

…So, on that Friday night, while we ate our pizza, I found the Calgary MS Walk website. This was a way I could somehow help the person I love most. The stories of others affected only continued to grow, from my co-workers, to friends, and even other family members. It boggles my mind of how many are affected. That was it, I had to make a team to join the fight for a cure!

Now… What were we going to name it? For pop culture savvy, there was a ‘gif’ of a little grey cat with a rainbow coming out of his butt (Don't judge us, we were in our 20s at the time),  it had a little song, and it just kept going… This was the start of Team NyanCat.

Like a song on loop, it doesn’t stop… Neither will we.

We are so fortunate to have had new runners, walkers, and bikers over our 10 years of participating. The donations have been extraordinary, and we are so grateful. Now a new chapter in our journey to find a cure has opened with the affiliation of Vine Styles! We are so excited to continue this tradition as Team Vine Styles.

Vine Styles is  a unique wine shop in the Kensington area, where we organize wine by STYLE instead of by country or region, making it a super approachable way to shop for wine. Vine Styles is also a community champion with many donations to other causes and fundraising events. With Vine Styles I’m positive we will be able to help make a difference!